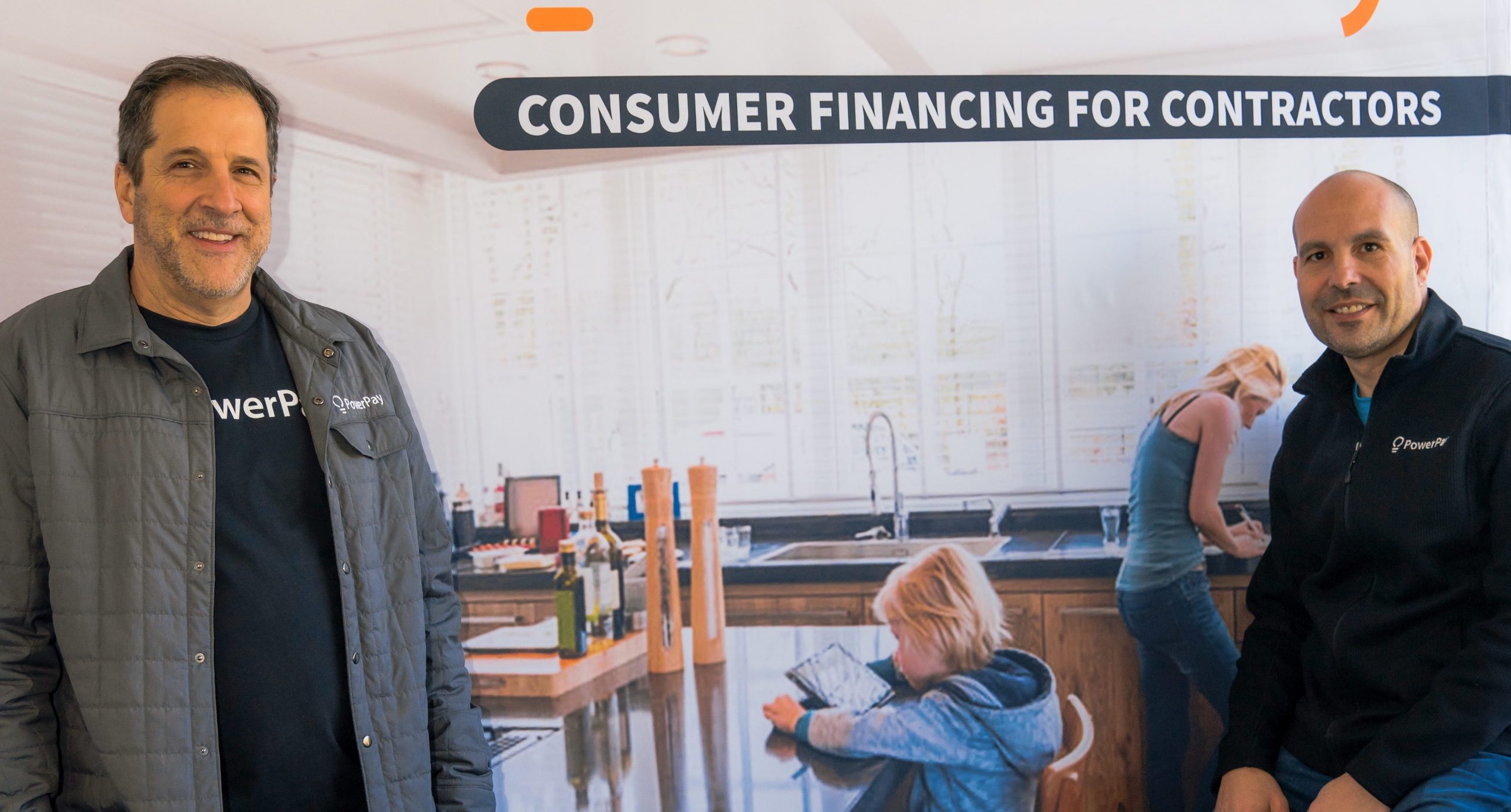 PowerPay Co-founders David Haas and Michael Petrakis launched the company just before the Covid-19 pandemic, and started turning a profit six months in.

David Haas and his co-founder Mike Petrakis went into the Covid-19 pandemic with $2 million in seed funding from a handful of well-known Philadelphia CEOs, 10 employees and a prayer.

The leaders of King of Prussia fintech startup PowerPay, which helps home contractors offer financing to customers, didn’t anticipate how much the pandemic would drive a need for home repairs and renovations when Covid-19 hit. It was just three months after the company launched.

“We were charging ahead, our lenders were ready to go, we got everything turned on, and the pandemic hits,” Haas said. “We were thinking ‘Oh my gosh, what’s going to happen? Are we going to be out of business?’” Haas said.

Instead, PowerPay is starting 2021 with a staff that’s swelled to 110 and plans to grow to 200 within the year. It has originated more than $1 billion in loans through a network of more than 7,000 contractors. It started turning a profit six months in, Haas said.

“We expect that to continue to grow, and we reinvest everything into the business,” he said. “It gives us fuel to not have to raise more money, and continue to grow and add more headcount.”

Haas and Petrakis are both “Philly guys” with backgrounds in the home improvement and financing industries, Haas said. They came up with the idea of PowerPay after seeing a gap in the home repair and renovation market. A lot of existing financing options for contractors to offer customers came with high fees that would either have to be eaten by the contractor or passed along to the customer, he said.

PowerPay instead allows contractors to offer customers financing through the loan approval platform, with options to use a basic version for free or pay for an upgraded version. It can also be used directly by consumers looking to finance their home projects.

To get the company off the ground, the founders raised $2 million in seed funding in September 2019 from an impressive group of well-known local business leaders, including former Beneficial Bank CEO Gerry Cuddy, who led the bank through its acquisition by WSFS; Gary and Steven Erlbaum, of the founding family behind David’s Bridal; Hersha Hospitality Trust CEO Jay Shah and Eustace Mita, CEO of Jersey Shore hospitality group Icona Resorts.

It was important the co-founders to keep the company as local as possible and turn to local investors, Haas said.

“These guys are very successful, they’re big thinkers and are always talking about scale and how to get national fast, and that’s what we did,” he said.

Interest rates start at 8.99% and are set by PowerPay, which services every loan. Its lending is supported by a network of credit unions that has committed to financing up to $15 billion in loans, Haas said, allowing the company to be “very, very aggressive in the marketplace.”

PowerPay also earns revenue from its lenders through a percentage of the revenue they receive from the loan.

The company’s growth was driven by what he described as a combination of both “wants and needs” homeowners faced during the pandemic, from replacing a broken down washing machine to a building a new addition for a home office.

At the same time, traditional lenders tightened their belts, and contractors had fewer financing options to offer to their influx of new customers.

“When we were rushing in, everybody else was rushing out,” he said, adding large contracting firms then had nowhere to go except PowerPay. “We picked up everybody.”

Any fixture inside or attached to a house is eligible for the loan, including roofing, windows, siding, kitchen and bathroom remodels and HVAC systems. Pools have been an especially big business for the company as consumers have channeled funds that would have been used for travel or vacations into creating a staycation-friendly home.

In the near future, the company is working on growing its staff, which is based out of a 25,000 square-foot office space in King of Prussia, although most employees work remotely. A revamp of the platform is already underway as well.

By this time next year, Haas expects the company to reach $3 billion in loans originated.

“The platform is scalable,” he said. “It’s all about execution and scaling.”