How Financial Institutions Can Fire Up Their Lending Engine in 2021 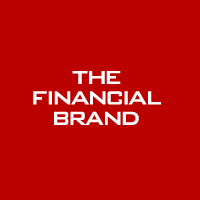 As U.S. consumer lending climbs from the depths it fell to in 2020, signs are strong that banks and credit unions that want to regain, maintain or even grow market share will have their work cut out for them.

Facing a combination of new competitors, new forms of consumer credit like “buy now, pay later” and increasing digital expectations from consumers, financial institutions will have to bolster their marketing, add distribution channels and partnerships, and consider new forms of credit.

These challenges will run through 2021 and at least into 2022 in some aspects of consumer credit.

A Hopeful Road Ahead:

The challenge for traditional lenders like banks and credit unions will be staying in the game as demand grows sufficiently to drive credit appetite. Andreas Kremer, a partner with McKinsey, warns that major ecommerce players like Amazon may represent a greater threat to consumer lending volumes than fintechs have, to date.

“The big players in ecommerce actually might just disintermediate the banks and bring customers not only the products but also the credit to buy it with,” says Kremer. “Remember, consumers don’t want to think about loans, they just want to buy something. If you can buy something and a loan comes with it, it’s just that much more convenient. And usually it doesn’t have to be the cheapest option as long as it’s cheaper than most.”

Even traditional consumer loan rivals will present a growing source of competition. “The market will become twice as competitive as it was pre-pandemic — probably even moreso — because banks have much more in deposits to put to work,” says Leo D’Acierno, Senior Advisor at Simon-Kucher and Partners.

Understanding Where We Are and Where We’re Going

Oxford Economics anticipates that consumers will begin tapping into the savings built up during the pandemic as 2022 approaches. That said, the firm’s research indicates that higher-income people hold most of the savings that remain from the Covid period. This suggests that many other people will need a healthy dose of credit.

“Many lenders are feeling good about the direction that things are going in and they think there is going to be growth ahead,” says Matt Komos, Vice-President of Research and Consulting at TransUnion.

It is a bit of a misconception that consumer credit dried up through all of 2020.

Much has been made about the paying down of credit card balances, a good deal of it with stimulus payments. However, new credit card account openings, which hit a low in mid 2020 at 8.6 million, rebounded to 12.3 million in the third quarter and 15.5 million in the fourth, according to TransUnion. These are considered normal levels, though TransUnion notes that the credit lines associated with the new accounts were smaller due to lender caution.

While the supply of new cars has fallen — due first to closed factories in 2020 and more recently due to shortages of computer chips — that is not the whole story as applied to auto credit, according to TransUnion. Komos points out that the limited supply has driven up car prices and thus loan amounts. As a result, the average debt per auto borrower has risen to over $20,000, versus $14,800 in 2018 — a 35% increase. In addition, people who would originally have chosen new cars have been buying used models, pushing out some typical used car buyers.

The downturn in credit card lending has shrunk demand for unsecured personal loans — often obtained from fintech lenders for debt consolidation. However, TransUnion’s Liz Pagel, SVP and Consumer Lending Business Leader, says that “as more states re-open their economies, we expect to see more activity as consumers seek to finance vacations, home improvements and other large purchases.” She adds that as lenders gain more confidence in the economy they will begin to offer credit to higher-risk consumers, who stand in greater need than some other prospects.

Gravitating to the Familiar:

TransUnion notes that a growing number of lenders are offering pre-screened credit offers via email and even direct mail, in order to stimulate greater demand.

“We are going through the valley of the credit cycle right now,” says McKinsey’s Kremer. He believes that after a few quarters of shakeout, during which usage will be growing, lenders will see a return to normal levels of consumer borrowing on most fronts. The trick will be getting their share of it as demand comes back.

Here are strategies recommended by Kremer and D’Acierno for making the comeback:

1. Meet credit-ready consumers where they are looking for credit.

Traditional outbound marketing, even in digital forms, depends on grabbing the right eyeballs at a time when the consumer is actually seeking credit. That’s a tough challenge, according to Kremer. He suggests that financial comparison sites, such as Bankrate.com, The Ascent and NerdWallet, present a better opportunity for exposure.

Today’s consumers, should they not have an offer of financing directly with their prospective purchase, are not going to wait to stumble across a web banner promoting loans, suggests Kremer. Proactively, they go hunting the best credit deals, he says, and the comparison sites are the first stop.

Even as the “new normal” continues to unfold, a key opportunity for lenders is the home improvement market, which began during the pandemic, and continues to grow, according to D’Acierno.

Improving Your Shelter in Place:

Reports indicate that the housing supply is tightening in many parts of the country, so this and continuing work-from-home arrangements should drive ongoing demand for home improvement money.

D’Acierno points out that home equity credit, a classic source of home improvement funds, continues to erode for two reasons. First, consumers have found it cheaper to include remodeling funds in a cashout refinancing over the last year or so. Second, unsecured personal loans don’t have the hassle that home equity credit does and are relatively cheap at today’s rates.

The consultant says the banks and credit unions need to give more thought to new product design as competition heats up. A nonbank player that he points to as a trend of the future is PowerPay. The company offers unsecured credit at purchasing time through both home improvement contractors and dealers, and decisions are rendered quickly. There is nothing this fintech is doing that couldn’t be done by a bank or credit union, even on a more local basis. The innovation here is in packaging and distribution, D’Acierno adds, rather than in the loan itself.

There’s no going back from the reality that shutdowns and social distancing accelerated demand for digital services. Kremer believes many consumers have grown more used to conducting financial business online, so financial institutions that don’t offer digital ways to apply for credit will be competing at a disadvantage.

“You have to make it as seamless as possible to get a loan,” says Kremer. “So it is even more important now to be prepared and have the systems in place as more people begin borrowing again.”

Where institutions can form partnerships with ecommerce players, that will add entrée to an institution’s digital credit capabilities. D’Acierno points out that the companies behind the “buy now, pay later” trend started out as “fly specks” and grew and grew. So ecommerce partnership doesn’t exclude smaller financial institutions. Some of the most active banking-as-a-service players are community banks.