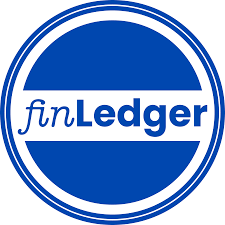 PowerPay, whose platform provides unsecured home renovation loans up to $100,000, is looking beyond lending for its growth. The King of Prussia, Pennsylvania-based company is dipping its toe into the insurance and payment markets, and is eyeing mortgages and HELOCs. It’s even contemplating a bank charter.

The startup has achieved its phenomenal growth without taking much outside funding — only a $2 million seed round from seven individual investors in the Philadelphia area.

“We’re being courted by some of the largest investment banks today, and we have yet to take an investment from them,” said Mike Petrakis, co-founder and CEO of PowerPay. “Our goal is to stay hyper-focused right now on just trying to grow the platform, trying to create structured products on the lending and insurance side.”

Petrakis said PowerPay has benefited from greater interest in home renovation during the pandemic and from restricted lending at major banks amid the pandemic-driven economic downturn. Houzz says that compared with the same month in 2019, the platform saw a 58% spike last June in homeowner requests for home remodeling and design professionals.

To fuel growth during the pandemic and beyond, PowerPay is mulling a SPAC merger, Petrakis said, but the company hasn’t set a firm timetable for executing a SPAC deal.

“We’re probably too early, in my opinion, for that type of investment, but I would think that maybe a discussion with a SPAC later this year would be not only poignant but more relevant,” said Petrakis, who shares control of 80% of the company’s ownership with co-founder David Haas.

“When we go to talk about unlocking value, it’s probably more important for us to create as much revenue growth as we can over the next quarter or two, and by doing so I think that only enhances our value,” he added.

PowerPay collaborates with a nationwide network of more than 7,000 contractors to provide home renovation loans for consumers. Contractors in its network include Alarm.com, Anthony & Sylvan, and Atlas Roofing.

The startup lets contractors extend loan options to customers through the lending platform. In addition, a consumer can apply on their own, but they must work with a PowerPay-approved contractor in order to borrow money.

Petrakis said PowerPay vets each contractor for its platform.

“We’re not bringing in just any old contractor into the platform,” he said. “I think we’ve gotten past those days where it’s, ‘Let’s try to scramble to create some growth.’”

PowerPay acts as both the lender and loan servicer. It focuses on prime and super-prime borrowers but will lend to someone with a credit score as low as 600. Interest rates for the loans, which average $20,000, range from 4.99% to 14.99%.

The company gains most of its revenue from interest income on the loans, Petrakis said. He declined to divulge revenue and profit figures, although he volunteered that PowerPay has been profitable since the six-month mark of its existence and has never recorded a loan charge-off.

To pump up revenue, PowerPay plans to:

“We have a really good horizon that we’ve set ourselves up for,” Petrakis said.